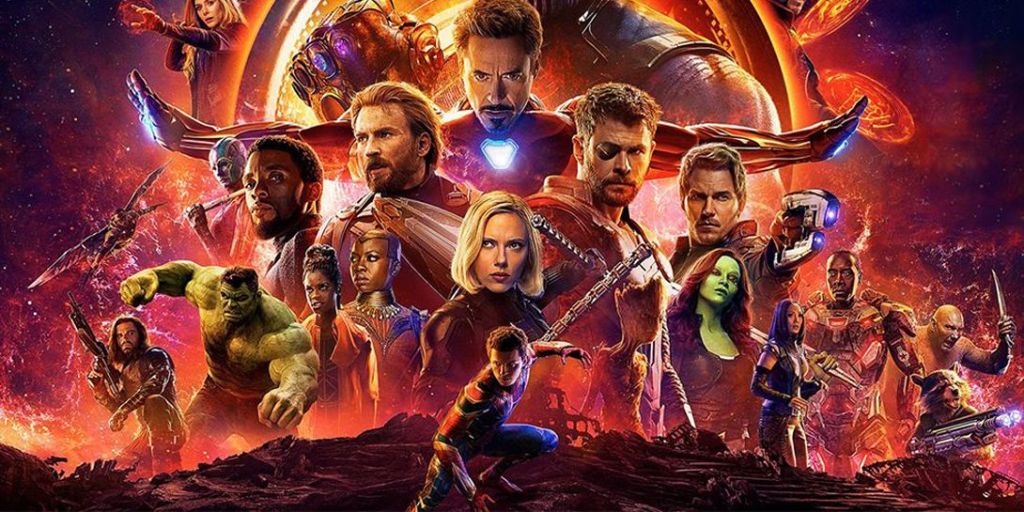 These three movies…dang. I feel you could make the argument that any one of these next three Marvel movies is the best of the entire Marvel Cinematic Universe (thoughts on the other movies here) and I would not argue it.

Thor: Ragnarok, Black Panther and Avengers: Infinity War is, without a doubt, the strongest sequence of consecutive releases in the entire MCU. Each of these movies embodies what is so much fun about comic book movies, and and the joys of watching movies in general, in their own, special way.

Director Taiki Waititi did the impossible and made a great Thor movie with Ragnarok. By fully embracing the ridiculousness of the character and allowing Chris Hemsworth to show off his comedic chops, Waititi breathed life into a series that most rational people felt never needed a third movie. Easily the funniest MCU film, and it’s not even close.

Korg, played by Waititi, exemplifies that. The bizarre rock man with a friendly disposition stole the show. Every single line that comes out of his mouth is absolutely fantastic, from his first moment on the screen all the way to the final words of the film. His status as a breakout sensation was completely deserved. I like Korg more than I like most of the actual Avengers. I’m telling you right now – a Falcon and Winter Soldier series on Disney Plus is nifty and all, but give me a Korg and Miek series and the world will be better for it.

Then you got Jeff Goldblum as the Grandmaster. Goldblum is Goldblum. What can be said about him that hasn’t already been said? He’s hilarious. It was clear everybody was having a great time making this movie and they all played off each other so well. The addition of Cate Blanchett as Hela was a nice way to give Marvel some serious credibility, and she is a memorable villain even if it feels like she’s not in the movie a whole lot.

Thor: Ragnarok is a masterpiece. I went in with high hopes, had them exceeded exponentially, and when watching it again I found myself laughing non-stop. This has been the only movie on the rewatch that Heather and I watched the bonus features for because we couldn’t get enough of it. It’s a damn fun movie.

Then came Black Panther. People a lot more intelligent than I am have written way smarter things about this movie than I could ever hope to. The cultural and sociopolitical impact of Black Panther cannot go understated. It was the perfect movie for our times, and I think the massive fan response, effusive reviews, box office returns and Best Picture Academy Award nomination say more than I ever could in a few measly paragraphs. A million think pieces on why this movie matters have been written and there is nothing more thoughtful I could add to any of those.

I know I say a lot about how good Marvel’s casting is, but this cast was unbelievable. Everybody has their moment to shine and is instantly memorable. I’m very disappointed Michael B. Jordan wasn’t nominated for an Oscar for Killmonger since he was a force of nature. There’s been a whole lotta fellating his character and performance, and it is all deserved. Killmonger as a Magneto-style villain, one whose argument is pretty valid even though he’s a terrorist, made for compelling viewing and he was, at the time of release, the best villain Marvel had. He is a bad motherfucker, playing no games and acting as the perfect foil to T’Challa.

Black Panther floored me. The costumes, the sets, Kendrick Lamar’s soundtrack, the humor, the emotion, it was a perfect comic book movie. It was the type of movie that I can’t wait to show my children one day. I got really excited thinking that what Batman and Batman Returns were to my childhood, Black Panther will be to them growing up. It brought you into a whole new world and left you wanting more. If you didn’t come away from this movie thoroughly entertained, you just don’t have fun in life.

M’Baku barking at Agent Ross is definitely the highlight of the movie, though.

After all of that, we reached Avengers: Infinity War, the biggest crossover epic of all time…until tonight when Avengers: Endgame comes out.

I’m saying right now, Infinity War is the best Marvel movie. My proof is in this exchange:

The Guardians of the Galaxy (or, some of them) meeting (some of) the Avengers on Titan is the greatest moment in all of the MCU. Such a funny scene that also serves as an example of how every character is completely on point throughout this movie. Christopher Markus and Stephen McFeely’s script is tight, and Joe and Anthony Russo solidify their place as the MCU’s greatest filmmakers by guiding a monstrous cast of characters through an epic story, giving everybody their moment and striking a perfect balance of humor and seriousness.

Infinity War is a perfect blockbuster. Start to finish, I was riveted. Aside from the fact Captain America’s storyline is abandoned for like 45 minutes, I have no issues with the pacing. Shit, this movie was so good I almost felt bad for Vision getting his ass handed to him the entire time. But at the same time, Vision is the worst Avenger and watching him die twice was fantastic.

From top to bottom this movie is loaded with classic moments. Teenage Groot. Peter Dinklage as a giant dwarf king. Thor showing up to the final battle with Rocket and Groot. Groot meeting Captain America. Not having Hawkeye in it. Red Skull returning. The endless memes that came out of this movie. Infinity War delivered in every way it needed to.

Thanos is the best Marvel villain without question, from what he actually does in the movie to the memes people made afterwards. It is fascinating how he is essentially the main character. His victory in the end really isn’t all that surprising (after all, this movie was originally announced as Infinity War Part 1), but to see Earth’s Mightiest Heroes get their shit packed for almost three hours as this relative newcomer to the Marvel Party slaps the shit out of all of them was pretty insane.

But to be honest, in theaters I actually hated the Snappening. Seeing Black Panther, Spider-Man and Doctor Strange turn to dust got me so steamed because it all felt so unsatisfying. The stakes were so high, yet the only characters who bite it are all people we know are getting resurrected for sequels? I thought that was a gimmicky cliffhanger. I mean, I was ready for Iron Man to go since the only reason the Avengers weren’t together was because he broke them up.

Then it occurred to me that it was the original Avengers crew left for one final ride with some cool supporting members, and I was fine with it. Knowing that Endgame is about the old guard saving the new blood so they can pass the torch to them is an acceptable development, even if Iron Man is such a piece of garbage.

Key to their success in Endgame will be Ant-Man, who is in a tricky spot when we last see him in Ant-Man and the Wasp. I really enjoyed this one. It seems fairly inconsequential to the MCU at large on the surface, but I’m guessing the Quantum Realm developments will be significant in the battle against Thanos tonight. I look forward to the snap being undone so Evangeline Lilly’s Wasp can get in on the action again since she completely ruled. AMATW was a great sequel in that it took everything cool about the first one and made those things even better the second time around.

Another crucial piece to Endgame: Captain Marvel. Captain Marvel was, as pretty much every Marvel origin story is, a fun, solid movie. Brie Larson is great as Carol Danvers and I walked out of the theater looking forward to her interactions with the entire Avengers team. But I really want to know how she hasn’t aged since the 1990s. I hate Jude Law, can’t stand his face, but he was tolerable. Seeing Agent Coulson again and young Nick Fury was cool. I cannot believe the money Disney must dish out to deage people. Usually it’s only a cameo but they went all out for Fury. Ben Mendelsohn’s Talos and Goose the cat were the undisputed stars, though. The whole ‘90s aesthetic was nifty too.

And that brings us to the end, until Endgame comes out in a few hours. With one three-hour epic left to wrap up the first 11 years of the Marvel Cinematic Universe, this is how I would rank them (It is worth noting that even movies in the back half of the list are quality. Aside from, like, the bottom four, every movie here is a banger):