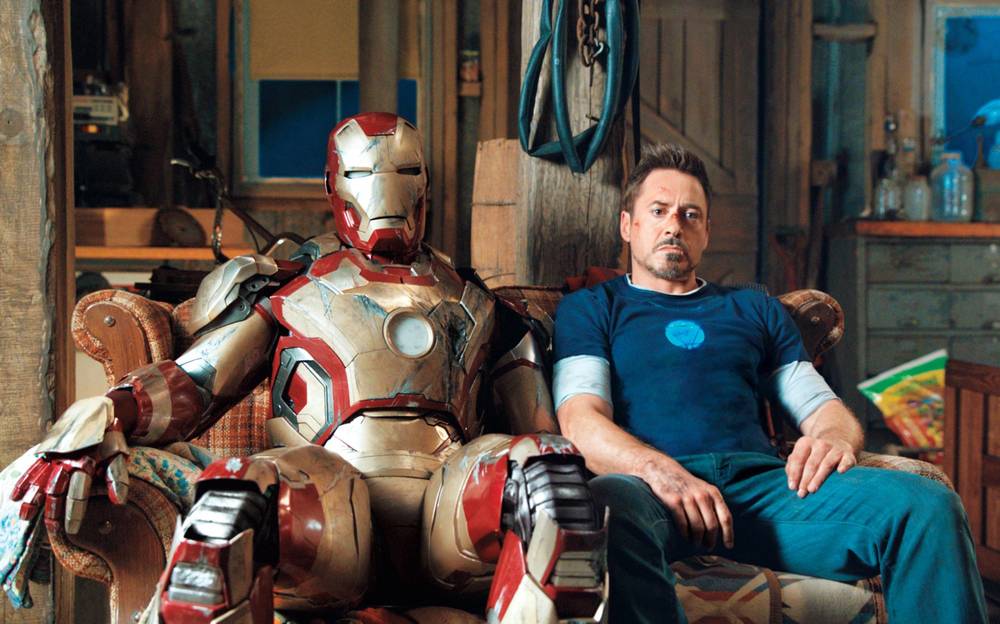 Avengers was the apex when it hit theaters in 2012. A juggernaut of a movie, it cemented Marvel as a powerhouse as we moved into what was called “Phase 2” of the Marvel Cinematic Universe (it remains unclear to me exactly what the “phases” even mean, other than arbitrary cutoff points to bundle the movies in expensive box sets).

The first film in Phase 2 was Iron Man 3, which my fiancée and I had the pleasure of watching recently as the Great MCU Rewatch of 2018 pressed on (previous posts on this undertaking available here and here). Iron Man 3 is probably the most underrated movie in the entire MCU, though that seems to be such a common thing people say about it now that I suppose it is becoming properly rated. My original thinking was that it was good until a silly third act, but watching it the other night I thought it was good all the way through. The twist with Ben Kingsley’s Mandarin rubbed a lot of nerds the wrong way, but this nerd thought it was cleverly done and funny – though I did not find it nearly as funny as Heather, who was rolling.

Guy Pearce as the real villain is the greatest decision in the history of the world because casting Guy Pearce in movies is something we need more of. I want to talk about the movie The Proposition for a minute. An Australian western written by songwriter Nick Cave, this movie has the most incredible critic quote ever on the DVD case: “It’s savage and bloody. Makes for compelling viewing.” Truth. I saw it as a teenager and started growing chest hair soon after. Memento – one of the greatest movies ever. Lawless – Pearce is totally brutal and it’s crazy. LA Confidential – unsure when I can watch it again since Kevin Spacey is a pervert, but holy smokes it ruled. Guy Pearce is like Steve Jobs mixed with Steve Austin. I support him. His Aldrich Killian sits high on my list of favorite Marvel villains.

As for the rest of the movie, it’s quality as you would come to expect from Marvel. Don Cheadle is just so much better than Terrence Howard. I haven’t seen Rebecca Hall in a lot but she is always good, and it is unfortunate her Maya Hansen falls victim to the Marvel trend of killing villains too soon. Downey’s Tony Stark remains genius, and his interactions with the kid from Jurassic World are the highlight of the movie. Seeing Tony cope with the trauma of flying a nuke into space then nearly dying at the end of Avengers sets the tone for everything he does in future movies.

Worth pointing out, though, at the end of this movie he seemingly gives up being Iron Man, only to become Iron Man again at the start of the next Avengers movie with no explanation given. Either way, Iron Man 3 was very enjoyable. Not as good as the first Iron Man, but they found their groove and cranked out a solid flick that definitely deserves more praise than it typically gets.

However, Thor: The Dark World was not the bomb. The MCU’s worst movie and worst villain – even worse than Abomination in The Incredible Hulk. Malekith is the weakest motherfucker to ever take center stage. First of all, I have no idea what this movie is even about and why Malekith and the Dark Elves want the Aether. This movie exists solely to introduce the concept of the Infinity Stones in the mid-credits scene. I feel like there was an easier way to do that.

Second, Thor’s mother, Frigga, kicks the shit out of Malekith in the first 45 minutes. Why in the world would I ever think Thor’s ultimate victory is in doubt? Sure, Frigga is an Asgardian so she’s packing some diesel, but come on. If the main character’s parents can beat up the villain, then the main character is clearly going to be okay. If that second guy didn’t come in to bail out Malekith, Frigga would have ended the movie right there. I cannot buy Malekith as a threat. Third, Malekith only becomes a threat when Thor and Loki literally give him the Aether. Natalie Portman is infected with the Aether, so the Odinsons trick Malekith into extracting it from her, with hopes that Thor can destroy it with lightning when it is exposed. And then they can kill Malekith for killing their mom. The plan completely backfires, and makes Malekith seem imposing just for the final battle, which he still loses pretty easily.

This is not good. Aldrich Killian is a real threat because he’s established as a capable person. It’s his work with Maya Hansen on Extremis and his own work ethic that allows him to cure his disability, operate a successful business and also implement his evil agenda. Malekith sucks at life. The dude wants to turn the entire universe dark, because reasons, and his plan to achieve that is basically, “Uhhh…if we just do fuck all maybe we’ll get the Aether back one day.” They launch an attack on Asgard and get smacked up, and after that the Dark Elves are basically sitting around like, “Man, this sucks.” This dude becomes a challenge to the hero by a stroke of pure luck. That is not cool to me. I just don’t have time for this.

Natalie Portman remains awful, Chris Hemsworth is cool, but whatever, dude. I do not need to watch this movie again.

Interesting that the worst MCU movie was followed by what was almost universally regarded as the best: Captain America: The Winter Soldier. And since this has already gone on far too long, I’ll save that for another post.

After Iron Man 3 and Thor: The Dark World, here is where we stand: