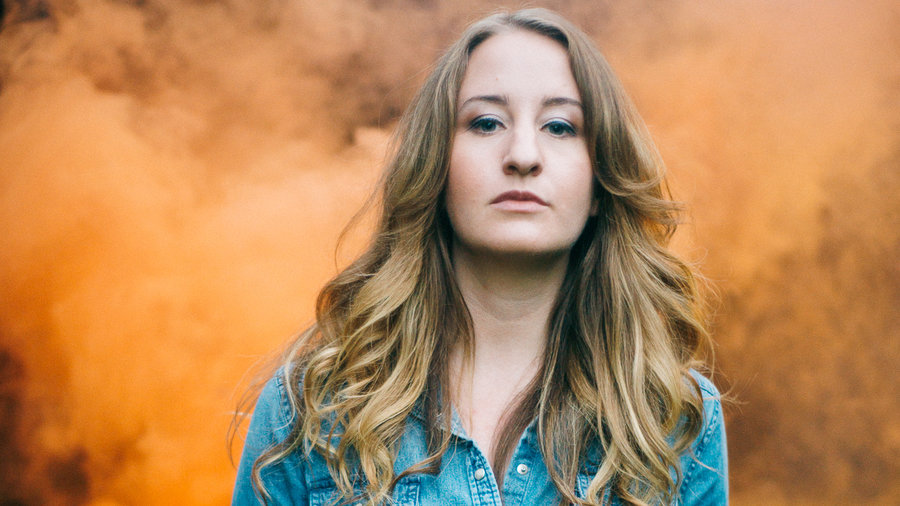 About a mile out of Woodstock, the town famously thought by many visitors to be the home of the 1969 festival, you can turn down a non-descript road and travel to the home of Levon Helm, the late drummer of The Band. Guarded by gates more likely to be seen on farmland to keep cattle contained, Helm’s house, nicknamed “The Barn,” lies at the bottom of a winding driveway and is the home of a weekly Saturday night music showcase Levon started called “The Midnight Ramble.”

The Ramble that would inspire my first visit to The Barn, despite being a long time fan of The Band, would feature country music artist Margo Price. Price, a relative newcomer to the country music scene but by no means an overnight success, had previously been in other bands before pawning her engagement ring to cut her first solo album. The album would float around Nashville until being discovered by Third Man Records founder and White Stripes frontman Jack White.

Walking to The Barn from the rain-soaked parking lot, really just the backyard, you can peer inside the garage that now functions as a merchandise area, a small memorabilia showcase and a potluck dinner serving station. Visitors, in order to encourage the community atmosphere Levon cherished, are asked to bring a dish to share with other Ramble attendees. No food or drink is served in The Barn, although patrons may bring food and drinks in with them.

To reach the venue you ascend a set of thick gray slate stairs which lead to the main floor of the house. The post-and-beam structure of the home does resemble that of a barn, yet the clean rough-cut pine seems to imply either a recent restoration or meticulous housekeeping. Guests are given wrist bands upon entering the property to indicate a loose order of entry into The Barn and once inside, anyone can sit anywhere there is an open seat. Standing room is available upstairs and is the preferred spot for those looking to dance or obtain a bird’s eye view of the festivities.

The Ramble kicked off with Chrissi Poland, a talented piano player and songstress who seemed to revel in the aura of the venue while also being comfortable with the up-close crowd of those who were probably hearing her voice for the first time. Breezing through a half-dozen or so songs, the majority played on a red keyboard and a few on an acoustic guitar, Poland surely made a few new fans with her songs of love and loss which highlighted her strong but not overpowering voice.

After a short set break, which allowed everyone to grab more food or drink, Margo Price’s band took the stage and started a swift and twangy country riff before welcoming up their leader to the applause of all attendees. Price quickly picked up an acoustic guitar, took off  her brown cowboy hat to place a guitar strap bearing her name over her left shoulder, replaced the hat and was off and running for an hour of songs off of her LP, a new song she said might be on her new album and a few covers.

When one thinks country music these days, they are more likely to think of Kenny Chesney, Toby Keith and Luke Bryan sprinkled with Miranda Lambert rather than classic country artists such as Willie Nelson, Waylon Jennings, Dolly Parton and the aforementioned Loretta Lynn, herself having worked with Jack White when he produced her 2004 album “Van Lear Rose.”

Margo Price is personally described as a callback to Parton and Lynn because of her gender, but her music is a throwback to old-school country, with lyrics inspired by romantic troubles, stints in jail and self-medication through alcohol. Easily walking the fine line between belonging in a honky-tonk just off Broadway in Nashville or a secluded barn in upstate New York, Price’s live music and fun-loving attitude have the ability to play well among nearly all live music fans.

Her backing band is a decidedly electric and loud group that gives Price’s music the depth and rock sound needed to balance out her voice, which one could see fitting in with any rock derived genre from country to punk. Price moves deftly between softer ballads such as Midwest Farmer’s Daughter opener “Hands of Time,” to her single “Hurtin’ (On The Bottle).” Knowing the strength of her voice, Price was able to execute an excellent version of the Gram Parson song “Ooh Las Vegas” in, as she said, “the style of Emmylou Harris,” referring to the Harris version on the 1975 album Elite Hotel.

As the show concluded and concert goers funneled back down the damp slate steps, some to their cars and still others back to the garage to grab merchandise, Price graciously stayed to sign copies of her album, thank fans and take pictures. The appreciation she showed for her fans is only secondary to the respect and reverence both Price and Poland had for the venue. For one night in upstate New York, a simple barn took its place among the great amphitheaters and auditoriums throughout the country. Luckily for music fans, there is always another Ramble next Saturday night to help capture that feeling all over again.